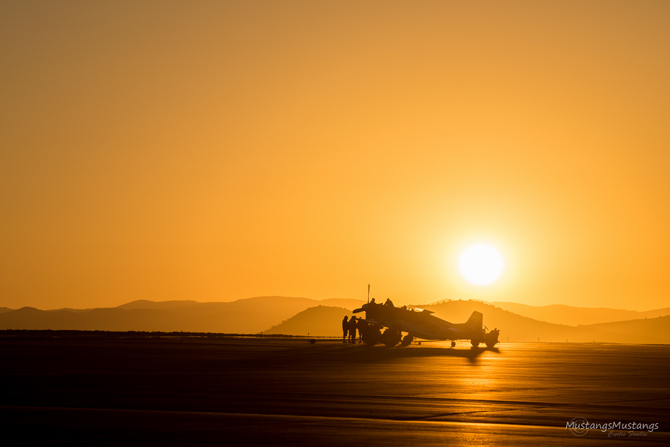 51st year! I kinda like that number. The 51st Reno Air Races is in the bag and it was another year to remember - the year of The Race! More on The Race a bit later. Sport class numbers are up, but the Unlimited Class is thin on numbers but not on speed or talent. Returning to defend their crown from last year is Team Voodoo, with legendary crew chief Bill Kerchenfaut, owner Bob Button and future legendary pilot Steven Hinton.

Looking to knock them off their thrown are several talented teams. Rare Bear, 232, Precious Metal, Czech Mate, Dreadnought and the awaited return of Tiger Destefani and Team Strega! Tiger brings the unknown into play. He showed up with a stocker tube motor, that cruised around the course around 380 in qualifying, but he had no race engine in the Strega trailer. Hmmm, rumors are that it is on its way from Texas.

The coolness factor was covered by the Sanders clan bringing in the Centaraus powered Seafury 924, Jim Tobul in his newly restored Corsair and Rod Lewis and his F-7F Tigercat. The Centaraus sounds awesome smooth and powerful and the sound of the Tigercat rounding the pylons is something you have to experience for yourself.

The weather was perfect, but smoke from some California fires threatened to cover the races a few times. During some of the qualifying you could barely see across the course, but the smoke did not stay long thanks to some easterly winds during most of the week. In Reno, the weather changes quickly and the winds change during the day and from day to day. On Sunday the afternoon winds were strong and from the south and the smoke was following. Luckily it was not a factor until all the racers landed on the last race of the event - great timing. If the race was 30 minutes later, the visibility would have been a major problem.

Good crowd this year that got their money's worth with great racing action, talented aerobatics, the USAF F-22 Demo Team and the Patriots Jet Team to entertain them between races. If you like antiques, the Heritage Trophy brings in some of the finest restorations around. You can take this all in every day, but get lots of rest, because it is one of the best, busiest and most awesome aviation days you will have. Oh, and you will get do do this for 5 days - more if you come for qualifying.

If you are saying to yourself, I got to get to Reno next September, make plans now. The races next year start Wednesday September 16, 2015. Book your flight and hotel now! This is not just a local event. Each year fans and media travel from around the world to enjoy the best week of the year in aviation. Not all fans at the races are aviation nuts either. Some are just loud noise big horsepower junkies. If you are lucky, you are both.

The Reno Air Races is simply the best and faster motorsport with great people and sounds you will never forget.